For most of 2018 and 2019, my quilting inspiration was notable by its absence, and I was starting to wonder if it would ever come back. But with the help of a long-abandoned project – which required some creative remedies – I’m definitely now back in the quilting spirit. 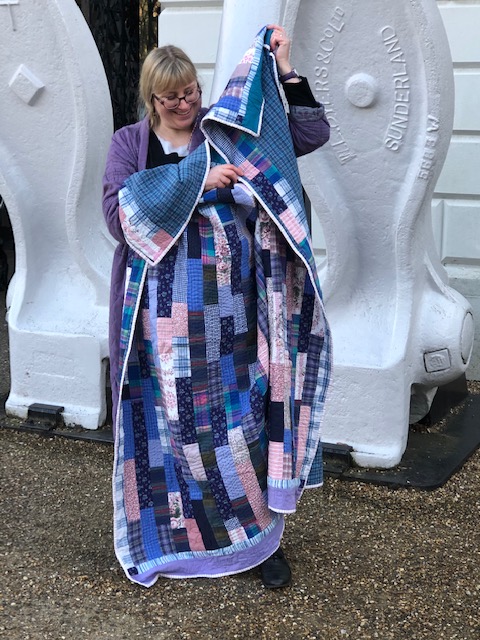 The pleasure of completing a very long standing quilting project.

Quilting took a back seat while I worked on writing up my PhD thesis about the early career of Maurice Elvey, which I submitted in February 2018. I passed my Viva that August, was awarded my Doctorate in September, and attended my graduation ceremony in November. 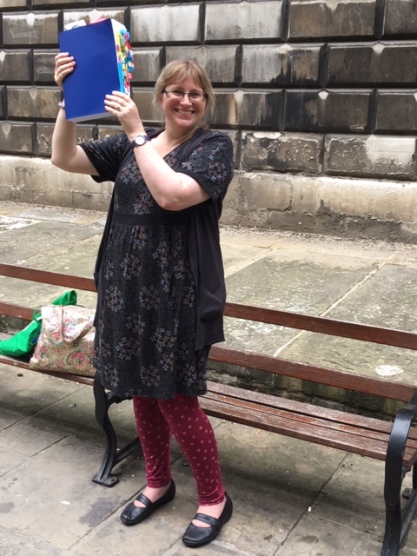 I just passed my Viva! 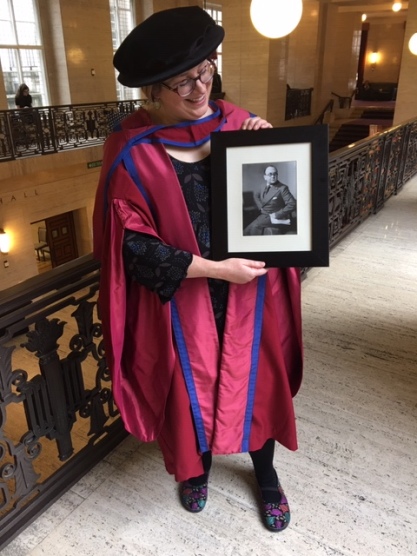 Maurice Elvey at my PhD graduation

I anticipated feeling a bit dislocated once my PhD was completed, but I didn’t realise that this dislocation would extend to my sewing practice. As one of my quilting friends commented, “I thought that now you’d finished, your quilting would be unstoppable!” Rather than being unstoppable, it almost stopped altogether. I spent months picking up projects and putting them down again, unable to find satisfaction in any sewing at all. Nothing seemed right and I kept bemoaning my lack of inspiration.

In January 2019 I decided to make a Double Wedding Ring just to see if I could – precision piecing isn’t really my thing but I wanted to challenge myself technically – and I completed the patchwork, but couldn’t decide how to quilt it. 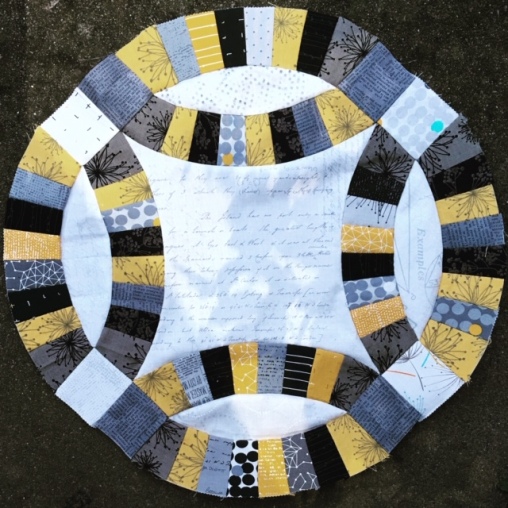 I then fiddled about with some quilted drawings but they didn’t capture my imagination. I was starting to think I’d never really quilt properly again, when I came across an unfinished quilt I started back in 2006. 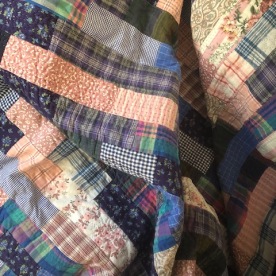 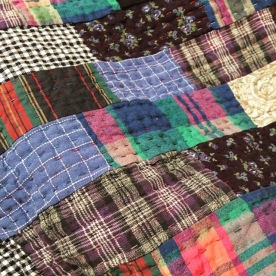 I was fairly new to quilting then, and at that time, I was trying – unsuccessfully – to get to grips with using a sewing machine, so I pieced the patchwork by machine, and then attempted to handquilt it. I decided to use a big stitch pattern – and some of those early stitches really were huge!

In 2019, I couldn’t remember why I had abandoned this quilt until I washed it, had a good look at it, and found that there were significant problems with the construction: uneven seams, some seams that didn’t even meet, a misguided use of seersucker around the edges, and some terrible fraying in places. As a new quilter, I hadn’t known how to address any of these problems so I’d stuck the whole thing in a bag and moved on. But all these years later, I knew what to do. I unpicked some of the uneven seams, patched over the largest gaps, and cut off the frayed fabric. The seersucker – a real mistake – was anchoring some of the quilting stitches so I couldn’t remove that entirely, but I did cut it down and made a mental note never to use seersucker in a quilt again.

I agonised about the original big stitch quilting, some of which was really badly executed, and unpicked the worst of it. But in the end I left most of it in place – it was done to the best of my ability when it was first sewn, and it felt important to acknowledge this. And it’s a useful reminder of my learning and developing my quilting technique – and knowing when to let go: I could probably have spent another year unpicking and resewing, but there are other things to stitch. 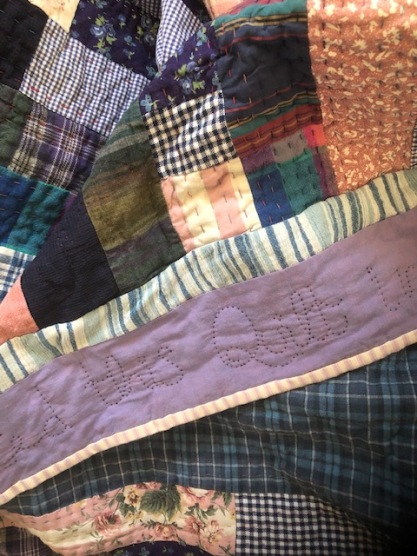 I added new borders and stitched the long process of making into the quilt itself, so the bottom border reads I started this quilt in 2006 and completed it at the end of 2019. And suddenly, this abandoned quilt was bound and complete.

From being crumpled in a bag and hidden in a cupboard – a reminder of frustration and failures of technique – over the last couple of weeks, this newly finished quilt has been out for a walk by the Thames, been blowing in a friend’s garden on a windy day, and is now a favourite way of keeping warm during the colder weather. 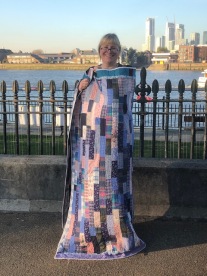 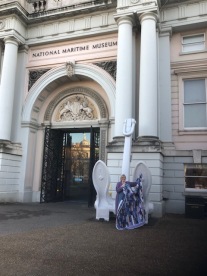 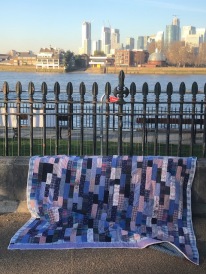 3 thoughts on “Picking up a needle again”